The Best Ice Fishing Jig of All Time? 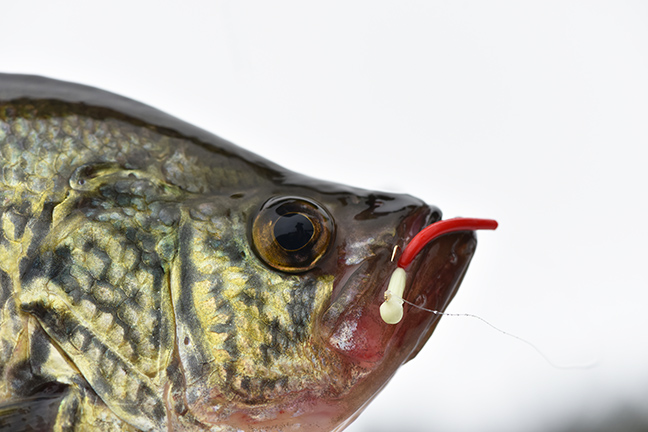 The Inside Story Behind Custom Jigs & Spins’ Classic Ratfinkee

Coralville, IA (January 4, 2017) – Funny thing about the best fishing lures ever created. They’re often the least extravagant, most humble baits in the bunch. But like actual works of art, they have a way of transcending the space-time continuum. Not just in the sense that these classic lures “hold up” across many seasons, but that they’re virtually immune to the dreaded fishing-pressure factor; that fish never really turn wise to these all-time greats. 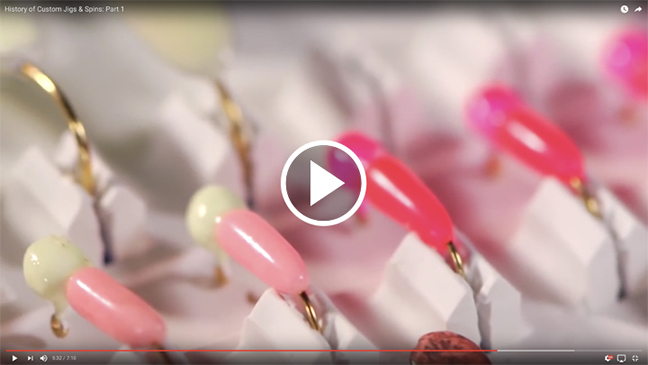 You turn the thing over in the palm of your hand and marvel at its simplicity and its abstract brilliance in equal measure. Truth is, you could drop a lure like Custom Jigs & Spins’ Ratfinkee down a hole in the ice in 1873 or 2023 and catch just as many fish in either millennia. 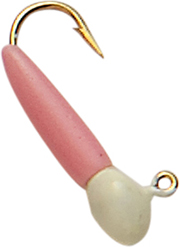 “We hand poured the original Ratfinkee jigs in the basement beneath Milio’s Beauty Shop in Glenview, Illinois, well over twenty years ago” says Walt Matan, previous owner of Custom Jigs & Spins, who still works for the classic lure company today.

“When the company’s original owner, William Klingbeil—a laid-off Caterpillar worker and ice fisherman— first brought my father (Poppee) and I into his basement, all his special lure-making equipment was covered up in white bedsheets,” Matan continued. “I asked him, ‘What’s under your sheets, William?’

“You know what he told me? He said, ‘Well, when you buy the company, I’ll show you.’ So we had to buy the company to find out. And what we discovered beneath those sheets was hard work, a lot of hard work.”

In those early days, Matan recalls how he and Poppee made probably just over half a million jigs a year—a figure that’s grown immeasurably since. “It was a lot of hand-pouring and a lot of hand-soldering; learning the right way to turn out a high-grade ice jig.”

Following the release of other classic ice lures, such the Original Demon and 2-Spot Jig, the Ratfinkee began rising to prominence. Its simple, elegant design resonated with fish and angler alike, melding a tiny, precision-balanced jighead with a semi-soft plastic body. Unlike a standard jig and plastic, then and now, the Ratfinkee is tremendously durable. 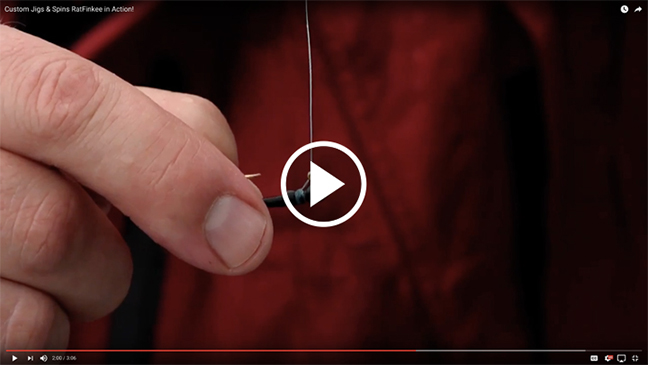 “We use a manufacturing process that bonds the body to the jighead, so fish are shown one continuous, seamless morsel of food. The special equipment we use to make the Ratfinkee is stored up under those same white bed sheets,” Matan laughs.

“You can catch five or six hundred fish on one of these jigs. They’re that attractive to big bluegills and crappies, and easily that durable. But besides fusing a tiny jighead with a soft, colorful body, the Ratfinkee was one of the first ‘horizontal’ ice jigs; it really started the whole horizontal jig revolution that continues to be so popular today.”

Although no one keeps statistics on which lures have truly produced the most fish over time, evidence of the Ratfinkee’s efficacy surely lies within the boxes of anglers across the ice belt. Peek inside almost any ice fishing jig and you’re sure to find a selection of ‘Finkees in a rainbow of reds, purples and fluorescent oranges, plus plenty of white and pink glow, as well as the new Precious Metal series.

Adds Matan: “Something pretty satisfying about tying on the same ice fishing jig you used twenty years ago to out-fish your buddies on the ice today.”

Sporting one of the most complete arrays of ice jigs ever made, the Ratfinkee sports five sizes and 53 different color combinations. Equally effective married with live bait or a soft plastic trailer, Custom Jigs & Spins classic ice lure is just one in an entire array of amazing stuff rolling off magical lure-making machines, safeguarded each night by a set of white sheets—and all thanks to an ex-Caterpillar employee who wiled away the hours beneath old Milio’s Hair Emporium. 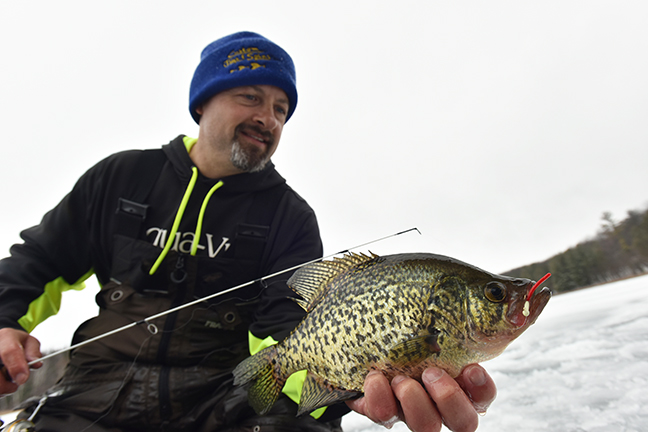