Coralville, IA (December 16, 2013) – Hole drilled; transducer deployed; fish spotted on the finder. “Plunk”… You poke your ice jig through the slush-covered surface and watch it slowly descend on your sonar.

But by the time it reaches what was once the strike zone, it’s too late… The fast-paced fish are gone. Your offering just hangs there in the water column, untouched.

Contrary to popular belief, slow and easy does not always win the race, nor catch the fish, even when ice fishing. The fact is fish under the frozen surface aren’t always as lethargic as anglers think. Many times they’re on the move, and if you don’t get your jig in perfect position quickly you miss out on getting bit.

It’s this very reason why tungsten has become the alloy of choice for many anglers of the Ice Belt. It’s one of the heaviest metals that can be molded onto a hook.

But then there’s the cost of most companies’ tungsten jigs, which is much higher than those poured in lead. Well worth the cost, many ask? Custom Jigs & Spins didn’t think so, thus they developed two models in a huge array of sizes and colors, all made from the highest-quality materials available. And all at a price that won’t leave your wallet weightless.

Enter the Majmun (Pronounced “my moon.”) and Chekai (Pronounced “check eye.”); both are heavyweight champions in the realm of tungsten technology.

“The Majmun is my go-to jig whether fish are in a finicky mood and want a lure with a tiny silhouette—which is when most anglers tend to use ‘em—or when they are feeding fast and furiously and are on the move,” says Custom Jigs & Spins pro staffer Travis Krousie. “And the Chekai is my number-one choice when a little larger profile is what the fish prefer. 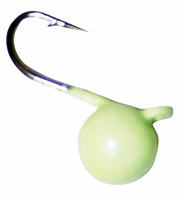 “The extra weight of both tungsten bodies allows me to get these jigs down fast, which is especially critical when schools are on the go. And I have greater control of the bait, all the while I am able to maintain ‘feeling’ to the lure through the line and rod tip, and know the millisecond it gets bit.”

The Majmun tungsten jig is great for presenting Custom Jig & Spins’ Finesse Plastics, like the Wedgee, or when nipping a single maggot. The Majmun comes in 10 colors, including two Glow Bright for lowlight, and four sizes, from the miniscule size 16 up to a size 10. The body’s molded over a super-sharp Owner hook, too, allowing full use of the hook’s bend for perfect penetration during the hook set.

The larger silhouette of the Chekai shows up extremely well on sonar; even in deep water. It also boasts a distinctive shape that gives it action unlike others' tungsten jigs. Six glow colors make up half of the 12 offered in the Chekai line, all painted with large eyes to fool even the most fickle fish. The metal, too, is molded on the underbelly of size 10 through 16 Owner hooks for better hook sets.

Don’t be hasty, tie on a Majmun or Chekai the next time you need a jig to fall fast and into the face of fish before they turn tail. You’ll be saying “Dadgumit, these things plummet… and have a price tag I can afford.” 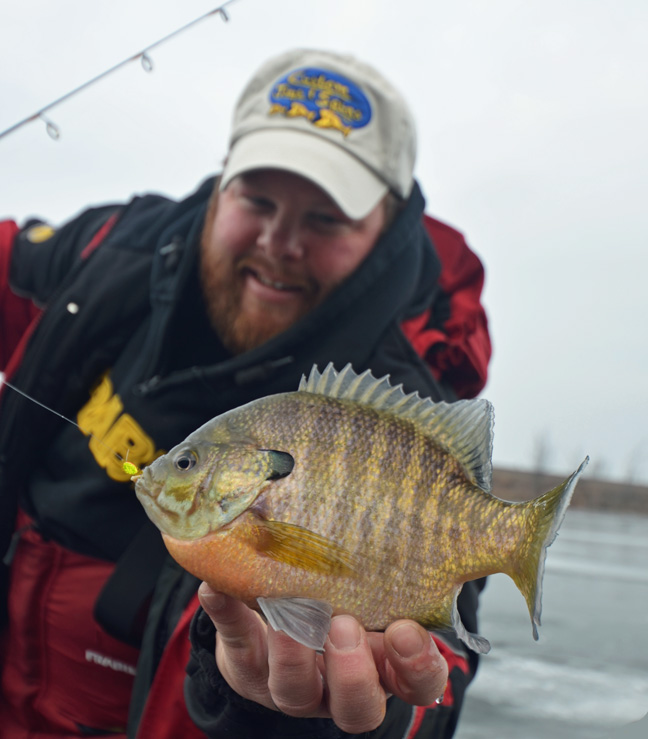