Coralville, IA (December 11, 2014) – Imagine you’ve never been ice fishing...ever. (Yikes!) Now let’s make believe that not only have you never pulled a fish through a hole, but you just purchased one of the leading ice-fishing jig manufacturers in the world – Custom Jigs & Spins.

Man, what a cool fantasy…

For a man named Walt Matan, this wasn’t fiction, but exactly how his life turned. The year was 1989, and Walt and his father, “Poppee”, literally unfurled the dust-covered white sheets from William Klingbell’s machinery to see what they had won (bought). Beneath the shrouds were the magical apparatuses that forged the most-sought-after ice-fishing lures ever crafted.

“It was just before the official purchase of the company when I mentioned to William I was going ice-fishing and wanted to buy a few jigs to figure this ice-fishing thing out – and, of course, catch fish,” said Matan. “And then William handed me three tiny jigs – three total; that’s it. And to this day they are still the three baits I never leave home without.”

What, exactly, were those three must-haves? Custom Jigs & Spins’ Rat Finkee, Demon and Rocker to be exact. And in the following video, you’ll hear direct from Walt how that first expedition with those iconic jigs – and a chance meeting with an outdoor media icon – helped him grasp the magnitude of those three baits, not to mention the legend of Custom Jigs & Spins.

And if a newbie could catch panfish his first time out, just imagine what the trio of lures can do for an avid ice angler today. 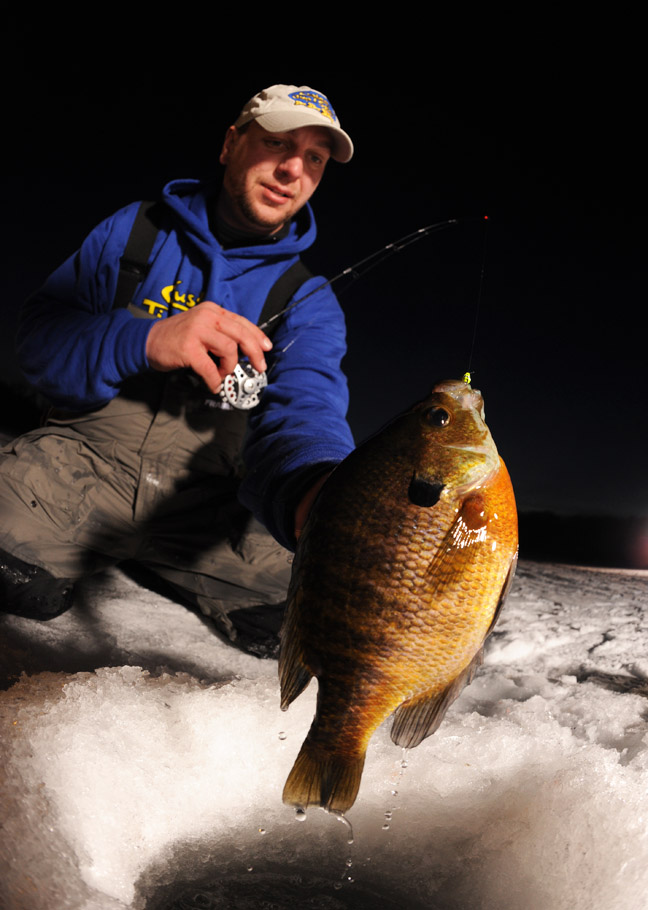