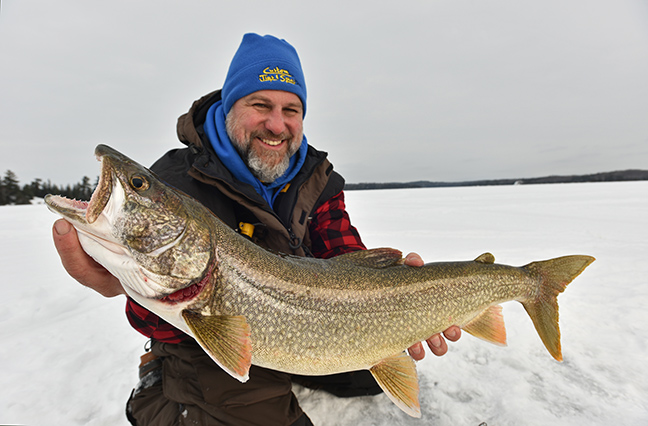 Coralville, IA (January 27, 2017) – Underwater, some pretty cool visuals produce compelling cause-effect scenarios, mostly unbeknownst to anglers. Like what happens when jaws snap and gills flare danger red. In the wake of a strike, an explosion of scales and flesh and violence triggers something primal from other aquatic predators in the neighborhood.

It’s just one thing we love about lake trout through a hole in hardwater. Lakers are highly visual animals—they’re stimulated by and receptive to things that flash, flicker and flap. The flap factor’s all about kicking tails and gesticulating fins, moves anglers mimic artfully with certain softbaits, blades and spoons. Add audible factors to the equation—vibes, thumps and hums—and you’ve nearly solved the mystery of Salvelinus namaycush, easily one of the most intriguing and ancient sportfish in freshwater 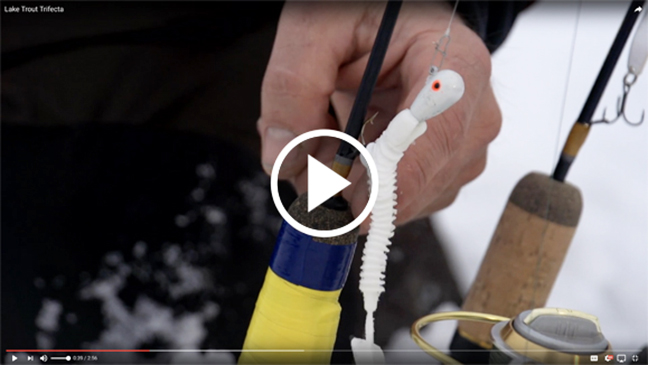 Consider the waterbodies inhabited by these piscine dinosaurs and you begin to understand certain great lures’ . . . allure: Martini clear; enclosed by a zillion tons of Precambrian rock; loaded with schools of aquatic silver dollars called ciscoes.

The lake trout’s world is literally wired for eye candy and underwater acoustics.

“Drop something that flutters, sparkles or thumps, and chances are high you’ll have a big red blip enter your sonar screen,” says Walt Matan, expert angler and lure specialist for Custom Jigs & Spins.

During recent adventures into the Canadian Bush, Matan perfected a three-lure approach to lakers, covering the full spectrum of what he calls flash, thump and flap. 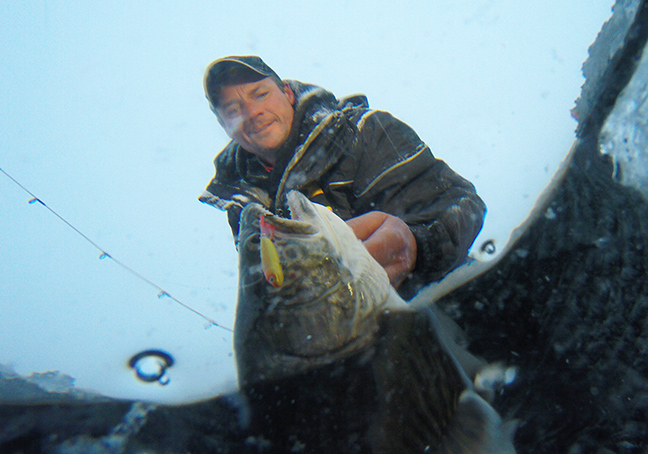 A lake trout’s world is wired for eye candy and underwater acoustics.

“When I’m popping holes around a structure, looking for fish, I’ll often use a search bait,” notes Matan. “I’m amazed more folks don’t fish bladebaits because they’re a dynamite choice for power-fishing predators. A Custom Jigs & Spins B3 Blade Bait shows lake trout a familiar long slender profile— super suggestive of a perch or a cisco. The bait flashes continuously, whether you’re jigging or allowing the lure to flutter. It emits low pitch vibrations—think of it as a ‘call frequency’ that attracts lakers and other species from surprising distances. 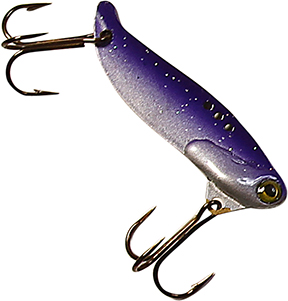 “So after moving onto a point or rock edge,” he continues, “you’ll often crack two or three active fish quick before you start seeing lakers chase on your sonar screen, but that hesitate to bite. Time to show fish something slightly less aggressive—a spoon or an RPM swimming lure. A Pro–Glo Series Slender Spoon flutters beautifully—triggers a ton of fish. But it’s also built with a little thicker metal than other baits in the category, awesome for getting a 5/16-ouncer down to 30 or 40 or 50 feet fast.”

Matan reveals his favorite spoon color: subtle white-gold glow. “One side lights up, so it remains super visible even in deepwater, while the opposite side shows solid gold. When you jig the Slender Spoon and let it flutter, you get a powerful alternating glow-metal flash that impersonates a dying cisco almost to a T. When you see it in the distance on an Aqua-Vu, you think the spoon is something alive.”

While each of the first two lures flash and thump like mad, a third ace bait has—until now—stayed under Matan’s proverbial hat. “Most laker fans know how much these fish like to chomp tube jigs. But the lure I’ve been fishing might be better.” 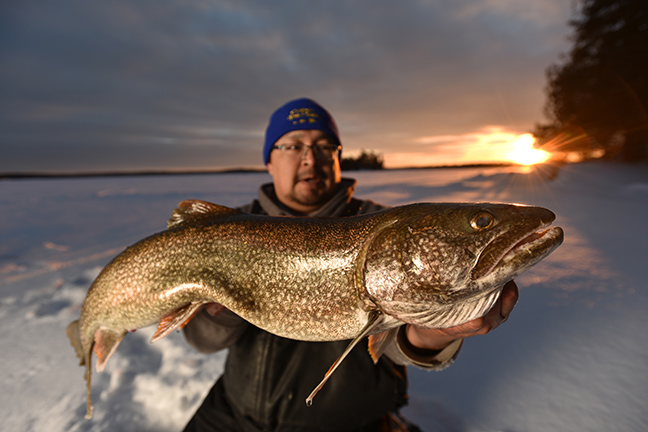 Super soft and oozing with underwater personality, Matan’s hot lure has been a B-Fish-N Pulse-R Paddletail rigged on a 3/8- or ½-ounce H2O Precision Jighead. “The Pulse-R features an anatomically correct baitfish body, but it’s also poured with deep, prominent rings or ribs. And what seems to really seal the deal is the bait’s wide, pliable paddletail. Flaps and wags with the slightest rod movement. The rings make the bait breathe, too, producing tiny bubbles of air is it moves through the water. Rig a solid white one onto a white H2O Jighead. Drop it down and just make fish chase it. You’ll catch lake trout—that I know for sure,” Matan laughs.

“There’s a growing brigade of ice anglers who like to power-fish for big predators,” he affirms. “Many of the progressive anglers we work with aren’t cool with sitting around, waiting for tip-up flags to fly. They want to fish actively, hopping holes and jigging like they do in their boats. Customers and pros we work with tell us they like that our company makes an array of predator-proven ice lures in several categories. And we haven’t even mentioned the MasterFlash Jig yet—it’s B-Fish-N Tackle’s’ newest entry into the trending predator ice category.

“All I know is, the stuff freakin’ catches fish. Whether it’s flash, vibration or action that attracts fish best really doesn’t matter when your baits have all these traits in abundance.” 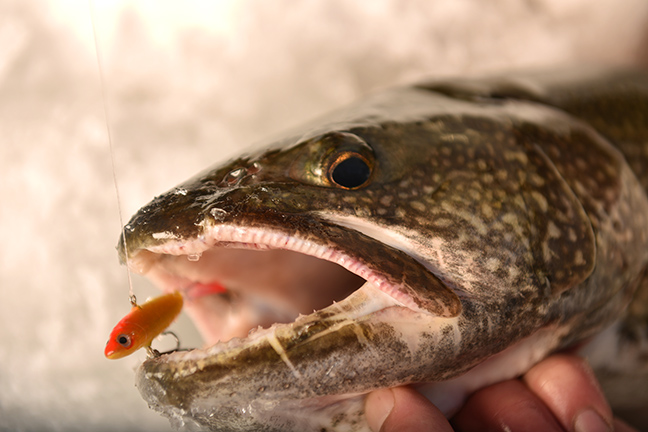